I was inspired to create autodotbiography by the unexpected death of my beloved mother, Peggy. But what I didn't know about were the demons my father lived with until his dying day, until a couple of weeks ago, when I saw the searingly painful film, 'The Railwayman' with Colin Firth. At that point I began to understand why my father was such a difficult man and why he drank so much.

I truly believe if my father had written about his experiences he would have been less crippled by his hidden hideous memories but, like so many of his generation, he lived with a stiff upper lip and a bottle of whiskey to blur the horrors that lived in his head.  Sadly, I lived with the consequences of his alcoholism and his violent tempers but at least I now realise he was a war hero and not a despicable drunk.

We are now all listening to, and reading, the words of the men who served in World War One. They didn't think they had anything much to say but, thanks to their diaries and letters home, we know about these amazing men and women and their experiences of this terrible piece of history, it isn't just left to the generals and politicians to say how it was.

I know from the people who have completed their books that you don't have to be a celebrity, or a war hero, to have a story worth telling you family and that they will treasure your book for generations to come.

If you want to see how easy and painfree it is to create your own beautiful book, click here.

This is what I wrote in the Daily Mail. 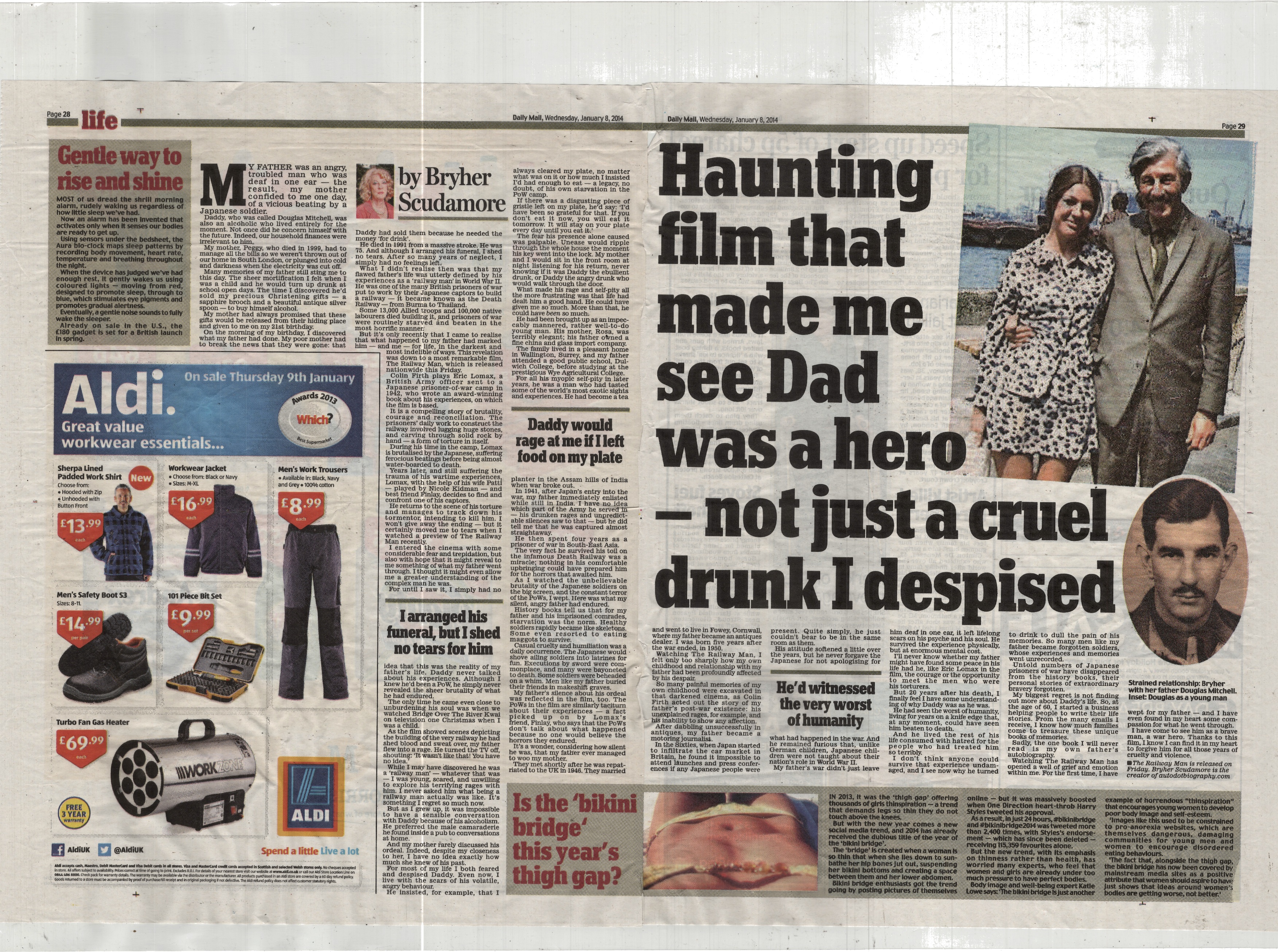