After my disappointment with the New York Historical Societies Museum, next day I went to the public library – a beautiful building.  They didn’t confiscate my handbag and they didn’t demand photo ID. 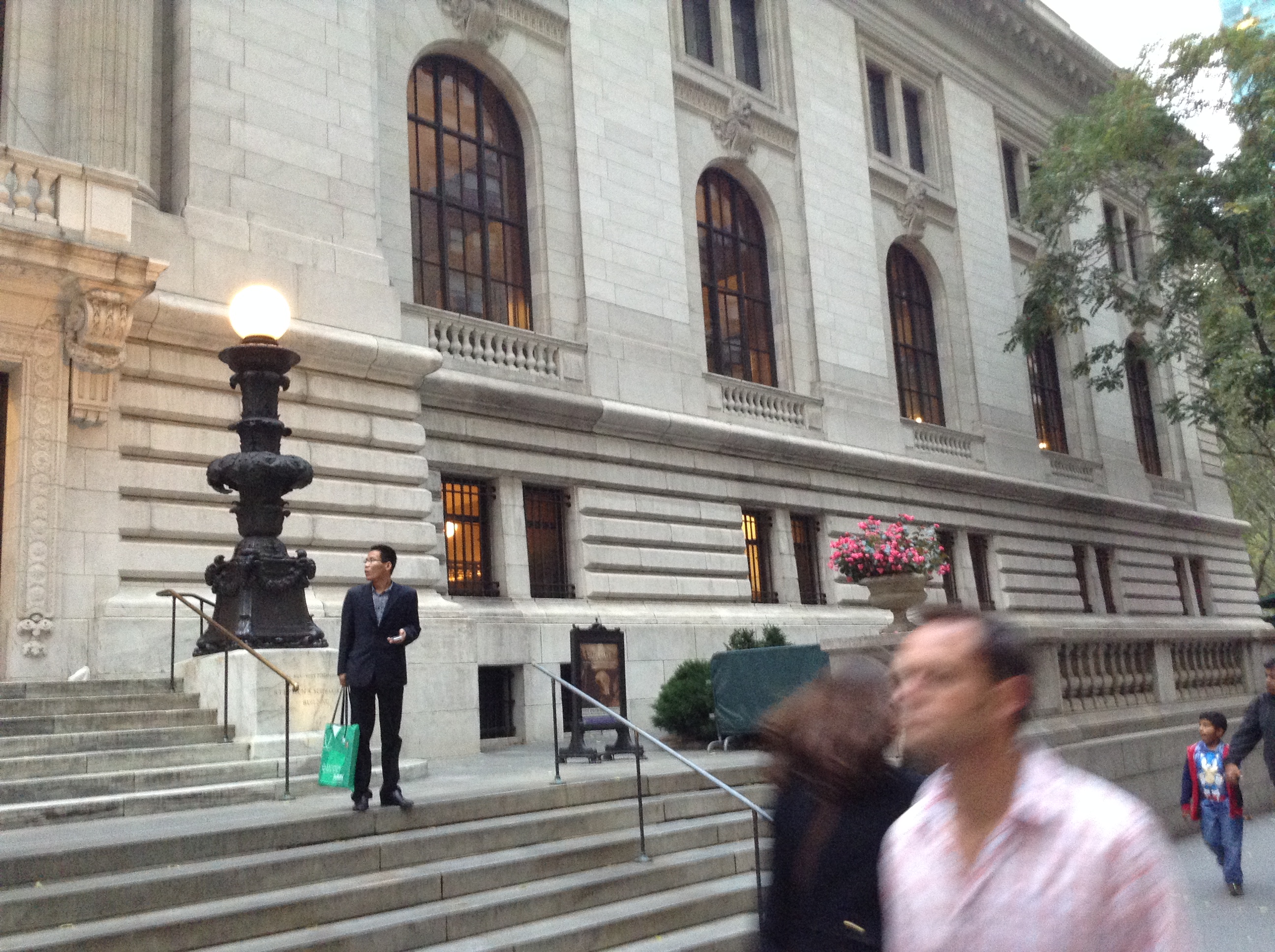 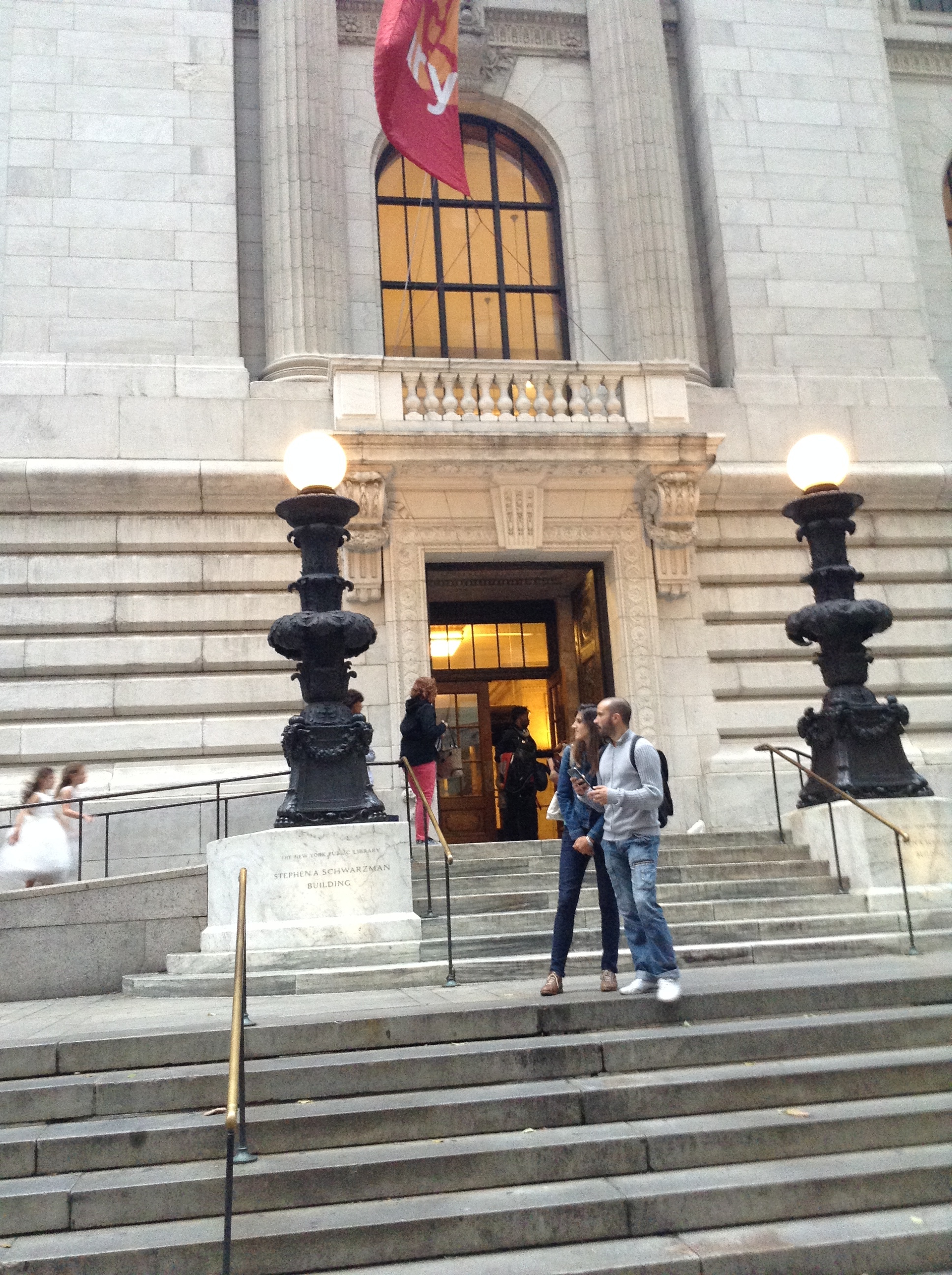 The reference librarian listened to my story and was extremely helpful.  She gave me a pile of books that could tell me more about New York, when Walter was there. So I sat there quietly and the books took me back to a bygone age. 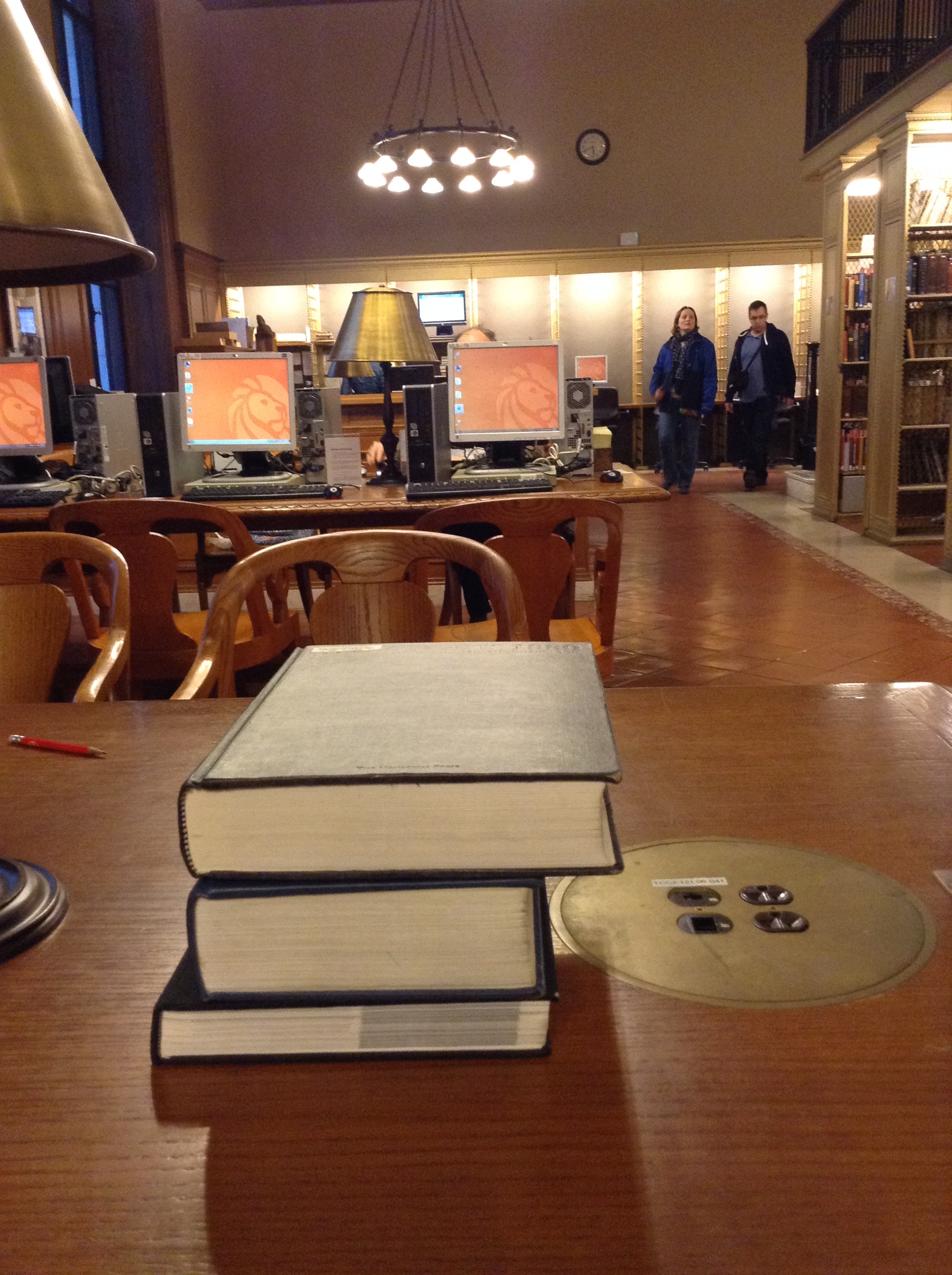 Then suddenly my eye was drawn to a sentence -  ‘The Crystal Palace was inspired by a structure of the same name in London.’ How extraordinary, that here I was, a resident of Crystal Palace in London reading about their Crystal Palace which like the original also featured the latest technology.  But then I read on further and saw that sadly my great-grandfather wouldn’t have seen this marvel because it  burned down in 1858, eight years before he arrived and nearly 100 years before the one in London burned to the ground. 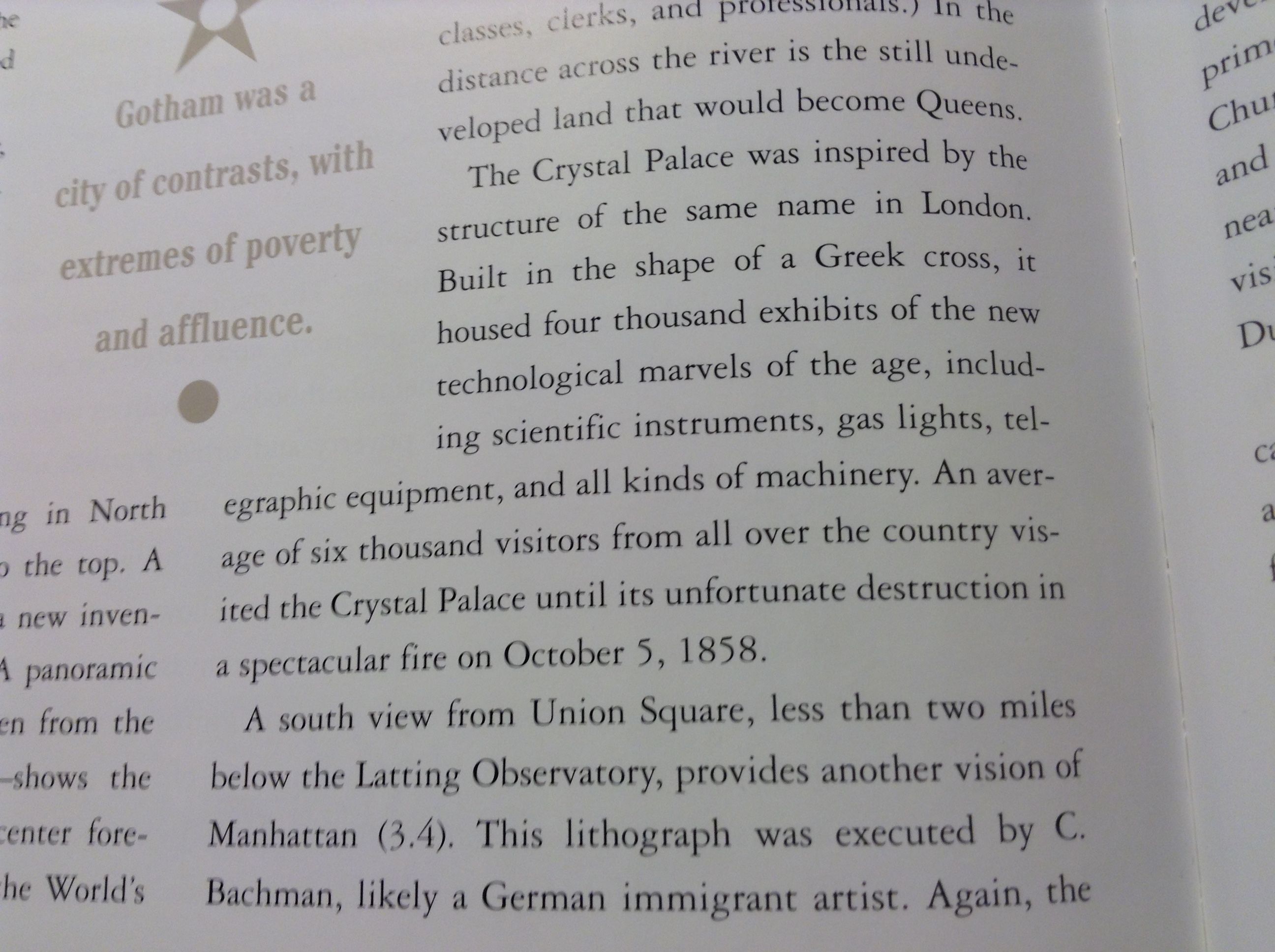 A picture I particularly liked was one of a bustling street. 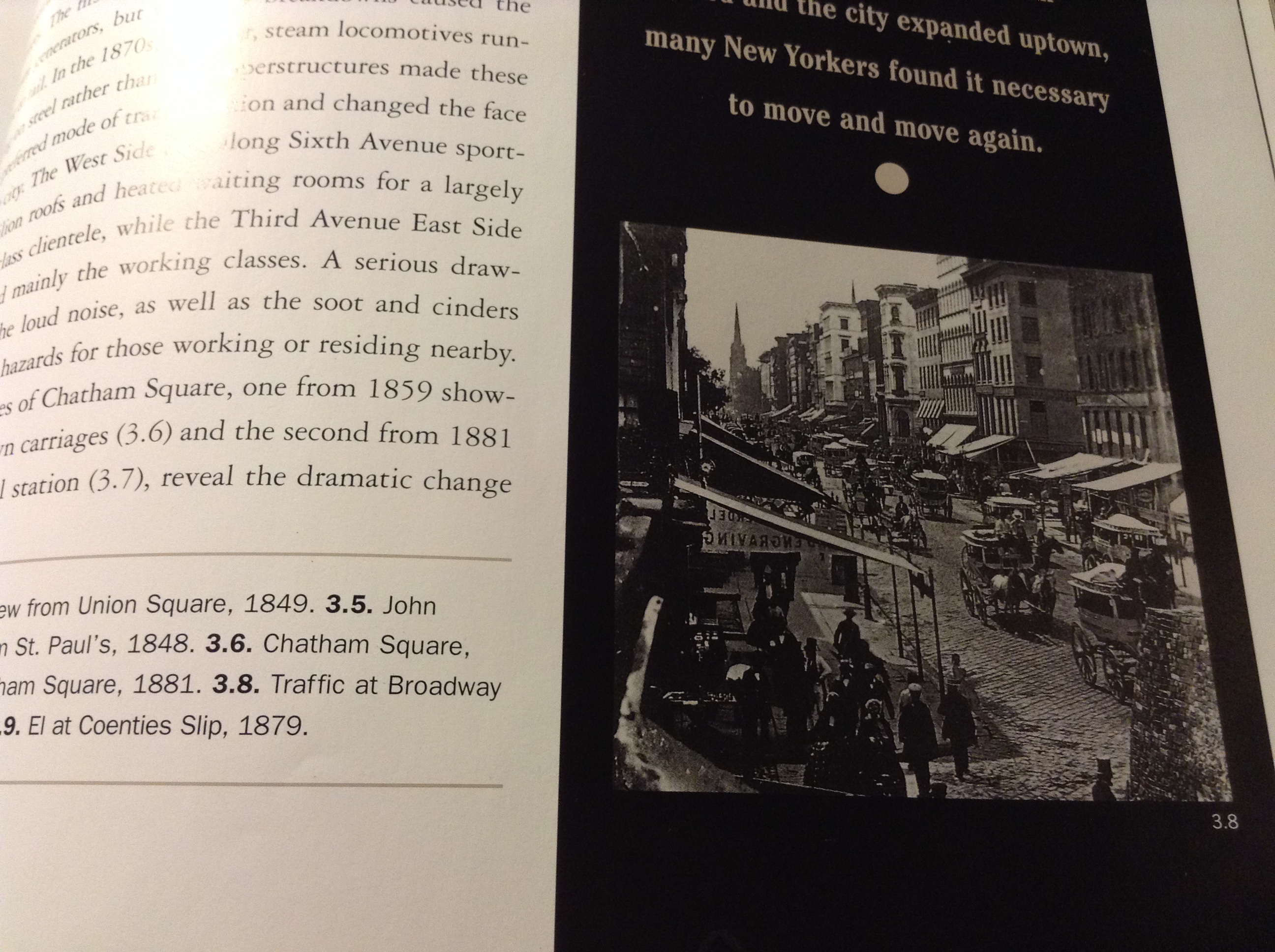 I was extremely grateful that the library had let me take these photographs, they didn’t want and ID, or even a donation.

So onwards in Walter’s footsteps.

As far as I can work out Walter stayed at 989 2nd Avenue, which was just a couple of blocks from Roger Smith hotel.  So that was our next stop.

What I haven’t said before is that the weather was fantastic. We had planned for cool Autumn/Fall weather but in fact the skies were blue and the temperatures were equal to a lovely summer day in the UK.

We walked down and as we reached 2nd Avenue we saw across the street a café bar called The Press Box – as we are both journalists, and we were both thirsty thanks to the unseasonably warm weather, we couldn’t resist going in.  I had a coffee and then we left to find 989 2nd Avenue.

We crossed the road to the odd numbers and counted down the houses, 967, 979, 989, there it was, the address my great-grandfather had used. There was a great commotion outside.  There were balloons, there were people dressed up in strange animal costumes, surely this wasn’t to welcome us.  No, 989 2nd Avenue was having it’s opening day as a pet shop. 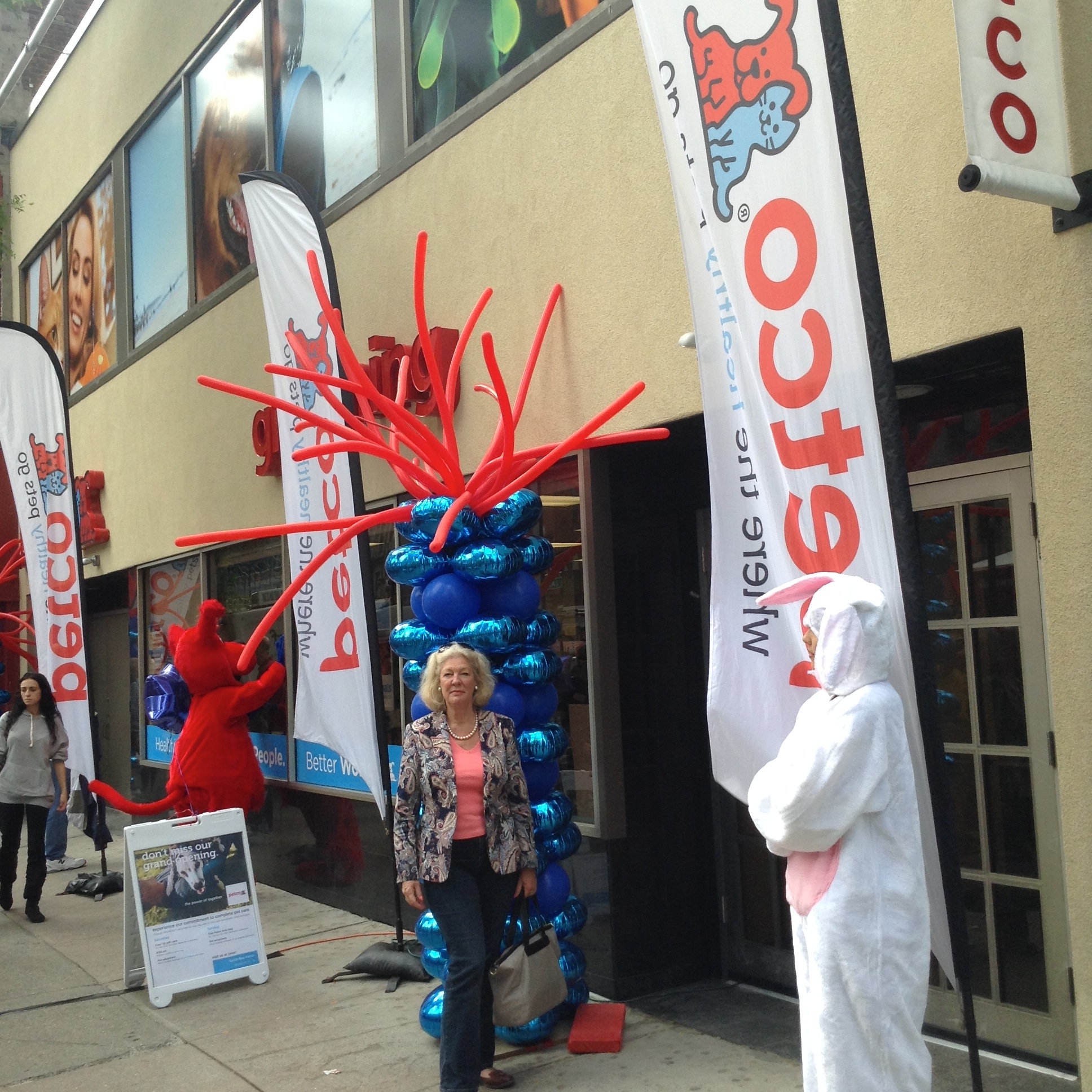 This wasn’t what I had expected!  Clearly it was a modern building but next door was a café/bar which looked as though it might have been built in the 1860s.  We went in. The young barman who looked like a sports jock with a very carefully trimmed beard, was as helpful as he could be and thought the building went back to the 50s – 1950s!  But it was clearly older.  What he knew of the history of the building was that Frank Sinatra had had an interest in the building when it was a pizzeria. He said the oven they still used dated back to that time.

All around there were buildings nestled in among the sky scrapers that looked as though they might have been there when Walter walked the streets. 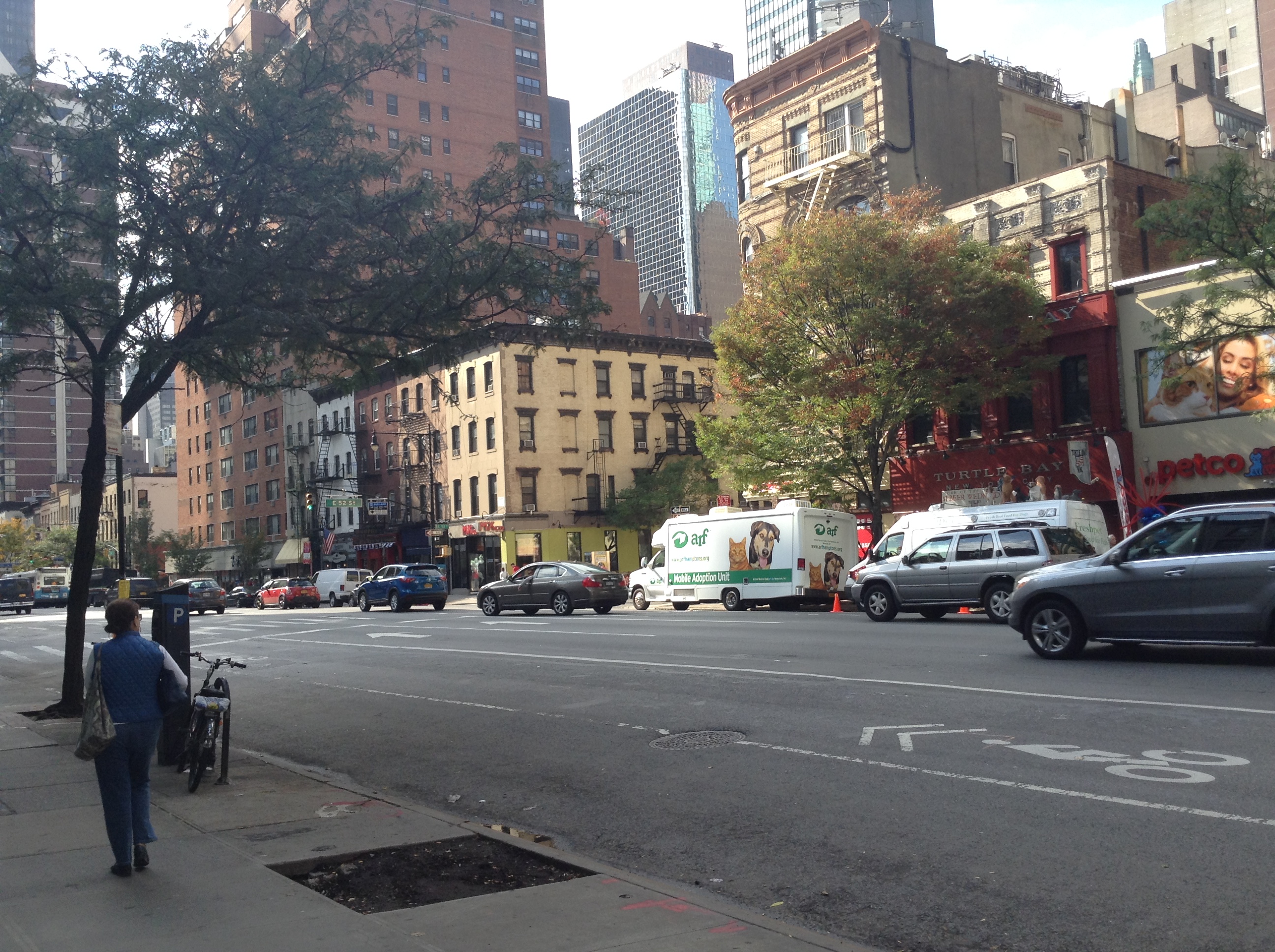 We walked along 2nd Avenue speculating about what might or might not have been seen by Walter and then something very strange happened. We walked past the Press Box bar on the opposite side of the road.  And then I saw it.  At the top of the Press Box building was a date – 1867. How extraordinary.  The year that Walter arrived in New York.  I have to admit that I squealed in delight.  How about that.  Without knowing it we’d had a drink in a bar that Walter might have frequented. As he had written about his experience in a New York bar I knew that he wasn’t teetotal. 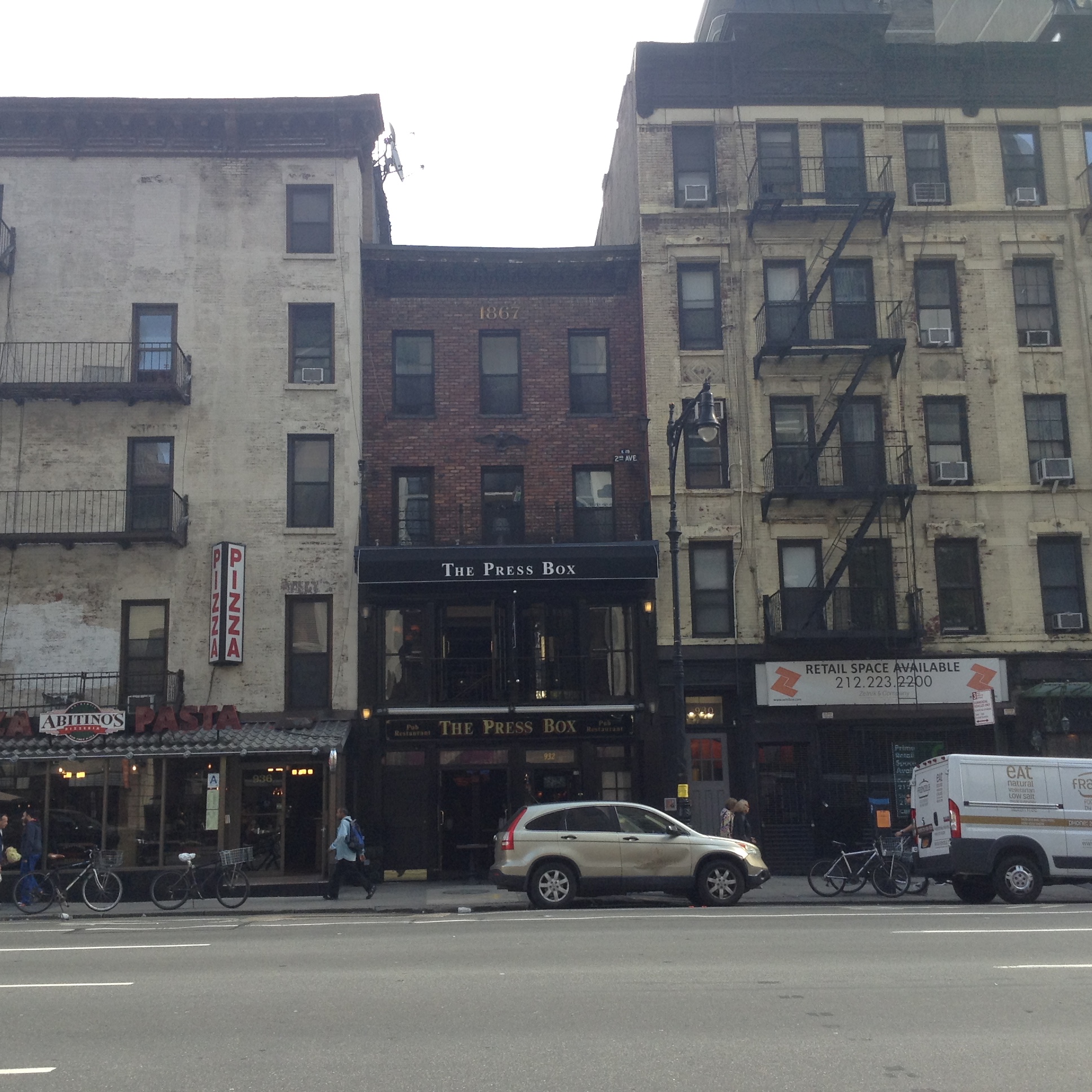 What a strange co-incidence. Next 'Onwards and Upwards'.

And remember, if you are enjoying this blog, that you could tell your family your life story using autodotbiography. The virtual ghostwriting system I created will guarantee a beautiful book for your family to treasure.